Poetry is when an emotion has found its thought and the thought has found words.

I needed to say something but I thought I would cry and if I cried I’d need to explain and that would be hard so I didn’t really say anything. In the end.

But I needed him to know the profound effect his ordinary poems had had on me. Like hearing someone with a similar voice say –

this is the day

this thing that you do

this language that you use

this voice that you have

I would hear the the words and my voice and I  longed to sound different.

I wanted to show him that effect he had had, the difference he had made, with his ordinary poems on an ordinary person.

All I could manage was to ask for his signature and then wonder why I said signature not autograph and then why I bothered asking such a question at all considering there he sat and there I stood at the book signing table.

Behind him they sold his books.  Collections of his poetry. I had brought my own. Like a cheapskate at a cheap restaurant holding on to the cheap BYO wine. Free corkage. Bargain.

I felt a wave of guilt for my well loved copies.

One I had bought on special at a closing down sale.

One was two quid at the Oxfam store in Notting Hill.

I wanted to tell him where I had stumbled on his poems. I wanted him to notice my copies stubbornly ignoring the gleaming newly designed slick covers of his back catalogue. Look at me. A true fan. With the real copies. Battered and read despite the uninspiring cover art. It’s the inside that counts. Don’t judge a book by its cover. Or price tag.

But I didn’t say that. In the end.

I just politely asked for a signature.

Polite is boring. His smile didn’t quite reach his eyes.

Before I lined up I did the obligatory browse through the obligatory pop up book store that accompanies such events. Couples in expensive coats who are meant to be seen at such events pondered which book to buy. A woman sighed wearily. Looking was difficult – she didn’t realise there were so many, didn’t know which one to buy. She could have bought them all. I could tell by her umbrella.

Into her sighs I suggested my favourite. This is my favourite, I said. Politely. Of course. She had that umbrella.

She smiled a non-smile and flicked through my choice. Quickly. Too quickly. Then she put it back.

No, she winced, these are short stories.

No, I said, they are poems.

And I left her to figure it out.

At the book signing table I thought I should tell him that story. But I didn’t. In the end. I asked for his signature and tried to find that thing to say, to make that connection, to have that moment that would make the change –

this is the day.

Suddenly, without warning, the word Inspiration fell out of mouth. A decayed tooth sitting there on the page he was about to sign. Or autograph. Or both. I wanted to pick it up and put it back. But there it was in all its clichéd glory … Inspiration …

I tripped over an apology but on my way he offered a landing; you write poems? he asked with his voices and his eyes.

We’re all just apprentices, he said.

And I felt like that was okay. In the end. 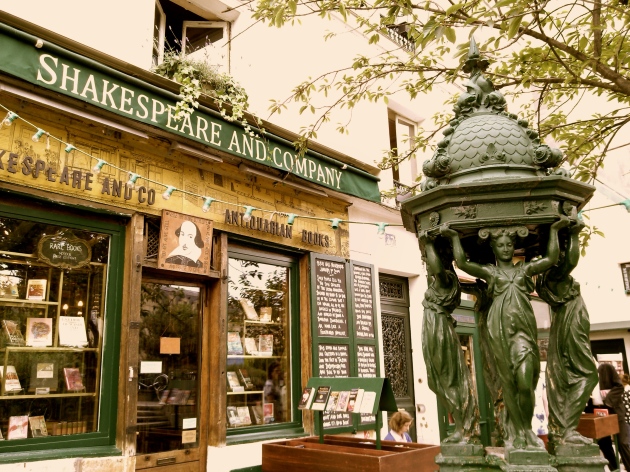